HomeBlogHappy New Year (The year of the Monkey)

Happy New Year (The year of the Monkey) | Motivist Japan

Greetings from Japan, from the Motivist Japan team!

Best Wishes to all, and Happy and Successful Studies to the new students coming to Japan this year!

You must have heard of it: this year is the year of the Monkey according to “Eto”, the Chinese zodiac.

“Eto” is represented by a combination of “Jyunishi” (the zodiac, which means 12 animals) and “Jikkan”(10 heavenly stems). “Eto” obviously features a 12 year-cycle like the Western zodiac, but also a 60-year one (which happens to be a multiple of both 10 and 12. In Japan, only “Jyunishi” is really used though the number 60 is favored – a person is said to be blessed on their sixtieth birthday.

The predetermined animals for each year, according to “Jyunishi”, begin with the rat then 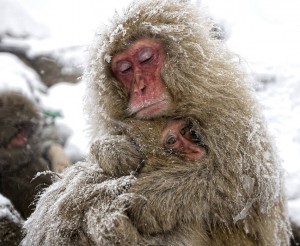 the cow, tiger, rabbit, dragon, snake , horse , sheep , monkey, birds, dogs. It ends with the wild boar, to then return first again. Not only a calendar, “Eto” also indicates time, the orientation, …

The origin of “Eto” is very old. It dates back to the era of the Yin of China. As it is tied with the yin and yang five elements theory, it is also used as augury. This zodiac is popular in the East Asian cultural sphere – mainly in China but also Japan, Korea, Vietnam and to some extent Russia/Eastern Europe.

The “Monkey” month is July, time is 15:00 to 17:00, and the direction refers to the southwest. In the five elements theory , it refers to the “gold” and the yin and yang theory refers to the attributes of the “positive”. In addition, the character of “monkey” represents a “state going solidified ripe fruit of the tree.”

Divination-wise, “Monkeys” (born in 1932, 1944, 1956, 1968, 1980, 1992, 2004) have a tendency to move around actively. They can help people who are in trouble and they like to make people lively. Attribute of the “gold” is characterized by emphasizing calmness and thoughtfulness. The drawbacks of a person who was born in the ” monkey year” are that they get “bored easily” and are often seen as being cold. 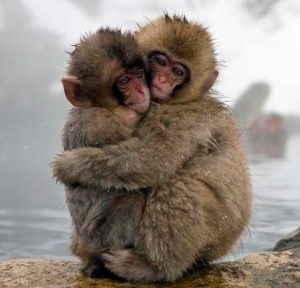